For my homage to Darwin, I submerged an unfinished violin in wet clay. Over time, as the clay dried and shrank away, the violin gradually emerged as if it was the first of its species to appear on the surface of a still-forming planet. Click on the photo to see a gallery of the process.

I shaped porcelain with quick squeezes of my hand to produce forms that are solidifications of spaces presumed empty. They are scanned and cut in Styrofoam at over 40 times their original size. They are then molded, cast, and sealed, to become large outdoor sculptures. I “plant” these in the earth. 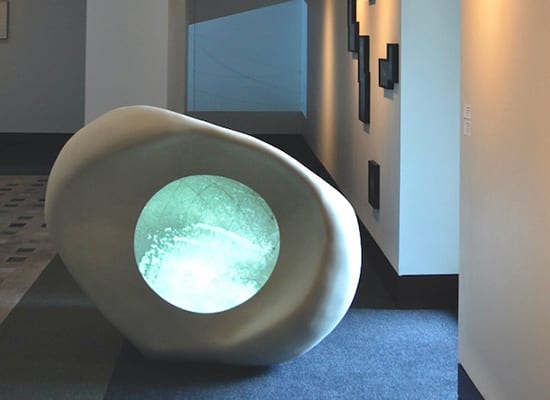 18,000 year-old Boston Blue Clay from The Big Dig was poured once a day from a beaker into a space in a framed grid. The sections dried and cracked on different schedules, creating constantly-changing abstractions. Click on the photo to see a gallery of the process. 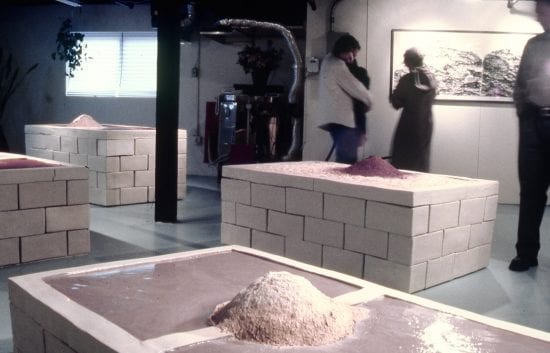 Five wells built of clay were positioned diagonally in a manner that suggested a slow flow. Each well contained a different experimental interaction between water, air and clay. 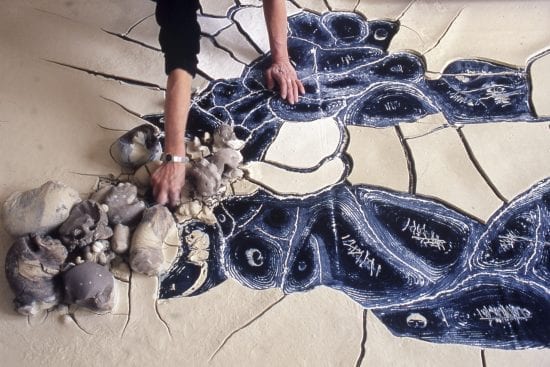 I cantilevered large frames over one another in stepwise fashion to suggest layers of rock. These were filled with three different clays. Each day, an accretion of squeezed pieces of clay was mounded into the trays, generating “land masses.” Tensions between pressed and poured clay caused cracking, fissures and avalanches as the pieces dried. 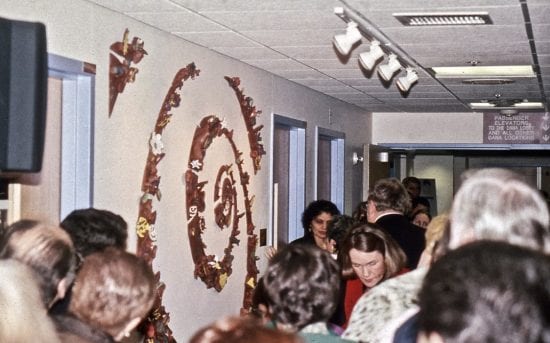 In a ceremony honoring children who died of cancer, clay mementoes to their lost loved ones were fashioned by family members and friends. I attached these to tiles that, when mounted, created an open-ended spiral, a symbol of life.